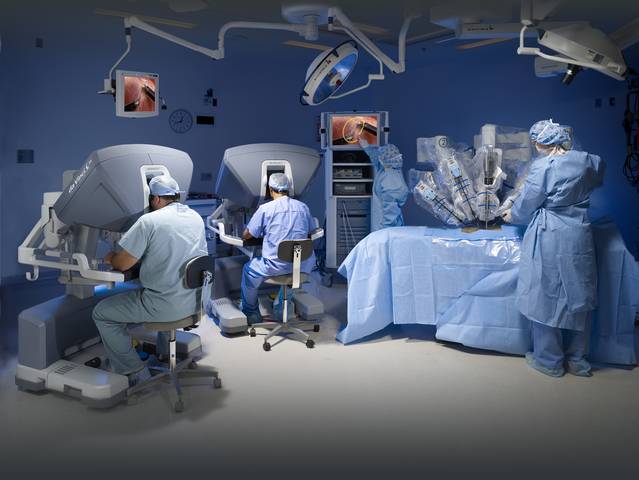 Robotic cardiac surgery, requiring advanced techniques and substructure, is used in only limited number of centers in the world including the US. Acıbadem MasRobotic and Minimally Invasive Cardiac Surgery

– Aneurism (ballooning) of the left ventricle of the heart for the first time in the world,

Coronary artery patients without vascular disease are operated via robotic method routinely if their anatomical structures are fit. Furthermore, mitral valve repair, mitral valve replacement and tricuspid valve intervention can also be made on patients with suitable anatomical structure. Technical rate of success in robotic cardiac surgery is 90%.

Maslak Hospital has been a pioneer center in robotic cardiac surgery. Firsts are realized in the world and in our country via operations with robotic surgery: